While mowing the apple orchard this afternoon I went right under a nice large swarm about 8 ft up in an apple tree. 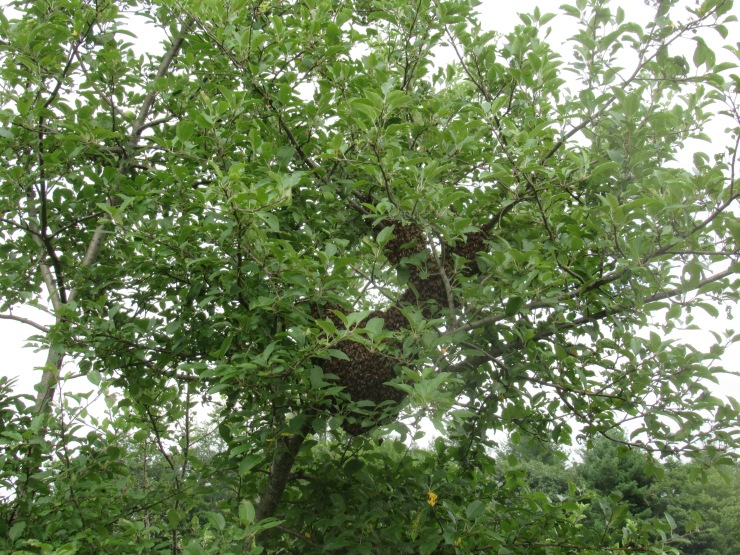 Catching swarms is one of the most enjoyable parts of beekeeping.  The bees are not defensive and if done right, I can end up with a new colony.

Despite years of practice, today’s capture was a mess.  Because of its height I backed the truck underneath the swarm, cut away some small branches in the way, hoisted the box over my head and with my free hand gave the tree a good shake.  The bees fell into the box and due to either the weight of the swarm or the aged beekeeper, the box fell into the bed of the truck with bees all over the place.  What a mess.

I put the lid on, set the box in the truck, and waited to see whether whether today was one of my lucky days.  Sure enough, the bees immediately started fanning at the entrance, sending the queen’s pheremones out to guide the bees to their new home.  Shortly thereafter, the pandemonium abated and the bees started marching in to be with their queen.

It’s a bit late in the season to catch a swarm that can overwinter here in Vermont.  However, given the size of the swarm there is a good chance it can survive provided I feed it copious amounts of syrup.